Comcast getting down in Phily 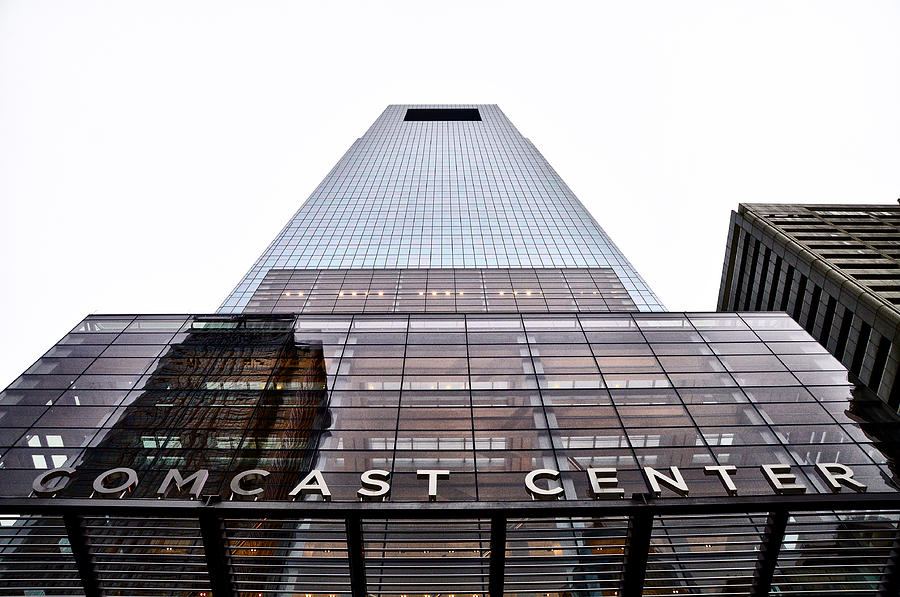 This fall, here in downtown Philadelphia, I was out for a leisurely Bourgeoise stroll through the city with my girlfriend. Walking along a central, upscale street by the park we turned the corner to see countless police and emergency vehicles blocking the street. This was a Saturday afternoon on a beautiful  late summer day. Hordes of people were out at this particular shopping district. Parked at the intersection of the wealthiest neighborhood in the city was the absolutely largest crane I have ever seen. This crane is of the scale where a meager "normal" crane is on-site to construct the "Mamma" crane. It's big, big.  Dozens of people are scattered around staring up at the sky. Dozens of police and emergency peoples were scattered around. Workers galore. Hard hats and the works for a construction project of the commercial kind.

When we asked a cop what the hell this thing was doing at this location, in the middle of the streets, on a beautiful Saturday, the answer was that windows were being replaced in a penthouse condo. We watched crates of glass windows being raised into the sky.

Further inquiry revealed that this was the residence of the billionaire CEO of Comcast and he did not like the views afforded in the standard Penthouse.

This crane window thing went on for the afternoon with one crane operator confiding to us that this whole scenario was costing $1,000,000. A million bucks with staff, insurance, install, etc,etc.

Penthouse windows aside, because a billionaire can spend his bucks however he/she chooses, down here in serf land I write this as my girlfriend is back on the phone for the fifth time wondering why our service continues being cut off -even though we have a nearly $300 credit!!!