Here's the story Matt sent in, he tells it well;

For a company with a fucking COPYWRITE on a phrase that implies transferring servicesis easy, Comcast goes above and beyond to ensure ineptitude at every turn.

Like many people, my wife and I moved on the first of this month. Two weeks before, we called Comcast to set up a transfer of services. We also downgraded our services a little; however, the basic package was the same. Since I've been a "loyal" (read: obedient) Comcast for 6 years in the Atlanta area, I know the drill... even though it makes NO sense whatsoever, I've gotten a new account number every time I've moved. Not surprisingly, this happened again, but everything was generally smooth, and our first bill was half as much as we were paying previously.

I have automatic payments set up (note: never again), and when I checked the "Recent Activity" on my credit card statement, I noticed that I was charged the old monthly bill from my old account. I go online to check my old statements (I use EcoBill), and to my surprise, there's NO FUCKING WAY TO ACCESS THEM. So now when I call Comcast and slog through the requisite 45 minutes with someone who has no idea what I'm talking about, I have no data to help counter their bullshit. They literally erased my ability to figure out how much they're screwing me over. The little dude on the phone was talking about
"creating a ticket" so that the "investigation team" can figure out what's going on and and that they'll "give me a call" when they've got everything sorted out... but in the meantime, he wants me to fax over
my credit card statements showing the erroneous charge. Fuck. That. And what's his advice when I say I don't feel like faxing a credit card statement to literally the least ethical company on the planet?
"Oh, well you can go to one of our customer service centers." Sorry guy, I'd rather be punched in the face and balls simultaneously than deal with that hell hole you call a customer service center.

Here's how simple this whole process needs to be:
- Pull up my account
- Change my address (don't change my account number, you ass)
- Hit "delete" on about 5 of my services
- Say thank you and hang up 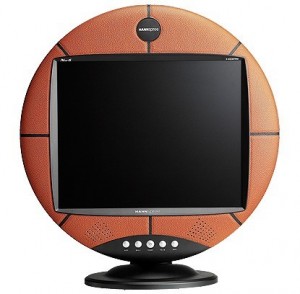 What is an NBAnopoly you ask? That's a good question, I couldn't have come up with a better one myself. Is it David Stern ruling the nba for decades with many questionable calls along the way including looking the other way as the Sonics were moved from Seattle to OKC? No, not in this post. Could it be David Hunter head of the NBPA laundering the association's money in the name of his children? Not today. Maybe its the teams that spend the most money end up with the most success? Not the case for my Lakers (and yes Fuck You OKC, but that's another story). No to all of the above.

NBAnopoly is what I see comcast and NBA league pass as being. You are thinking to yourself "wait a second, aren't they basically the same thing? how could they be a monopoly?". Well I always wondered that too, I always had cable and never NBA league pass so I never understood, until now!

For the past NBA season I got nba league pass for a little under 200 bucks, and I got comcast cable tv with digital hd and extra channels so I could get espn and tnt hd. I could watch all games with NBA league pass, but they were almost entirely in sdef! The hottest games usually where on tnt or espn hd during the week, so basically having NBA league pass in addition to comcast tv meant I could watch the less popular games, or games at all (all in sdef) while tnt or espn wasn't rocking the hot games in hd minus Charles Barkley and the TNT crew. This pissed me off during the season...

Local games for me, a team a state away are blacked out by NBA league pass for me, cause you know its 300 FUCKING MILES AWAY! Well espn and tnt never show their games cause they aren't one of the hot shit teams at the moment, but comcast will let me watch their games for 20$ extra a month!

So if I want the ability to watch the hot games in hd during the regular season, the rest in sdef on shity NBA league pass, plus the closest local team I need to pay 20$ a month for the local team, nearly 200$ once for the nba league pass and 10$ bucks a month for the hd tv box, plus and extra 10-20 for digital cable prefered plus 30-55 bucks for hd cable (depending on what bullshit offer you end up with from comcast from one given moment in time to the next). So I'm spending upwards of 5 to 8 bills over 6 months of the regular season just to watch all the games, and get some actual half decent quality on the games I want to watch. But what about the playoffs?

In the playoffs, nba league pass is mostly completely worthless, but you will need cable tv to see the games on espn and tnt hd (while to my knowledge they aren't even offered on nba league pass). So another 1.5 months roughly go by of you paying out the asshole and the NBA finals come about. The finals are on ABC for free, so now you cancel your cable as you are furious! Me, check, next. Next I write this fucking post about how its such fucking bullshit that an NBA fan has to buy NBA league pass and have cable tv to watch all the games, especially the playoffs. This is an NBAnopoly man.