Hey Comcast, I just want to apologize for slamming you so much in this blog, I hope we can make up and be friends now =) 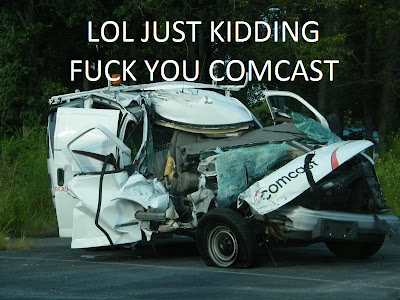 September 6th, its been awhile

Sign up for comcast, they'll give you 6 months for X amount! What a deal! But you know what happens after the first day of the 7th month? Its premeditated financial rape, comcast was aiming for your butt since you signed up.

I told my story to a comcast employee in north seattle and he told me to complain so I could get my bill lowered, he said he used to do that before he was a comcast customer. I told him thanks for solidifying the truth I already knew.

Another day, another story. Comcast sucks balls.
Posted by Admin at 7:10 AM 15 comments:

So the past month or so my internet has been so slow I have been dreaming of the good old days of 56k modems and aol. Its been a big ol bunch of horse cock, so comcast gives me a new modem that actually works, actually I had to drive there to get a replacement so they wouldn't charge me to come bring me a replacement for the faulty piece of shit they gave me in the first place. So after getting home and installing my new modem I find that it won't connect, I end up having to be on the phone with a comcast technician for over an hour before he was able to get rid of the "security locks" placed on the modem. Nice of the people at the comcast store to not tell me anything about this "lock" or even to possibly remove it before handing me the new modem, thats pretty shitty on their part. How stupid is that.

Basically my internet has not worked for a whole month and I get nothing in return for it. Thanks comcast you dirt bag bastards.
Posted by Admin at 10:36 AM 13 comments:

Xfinity is a dirty piece of shit! 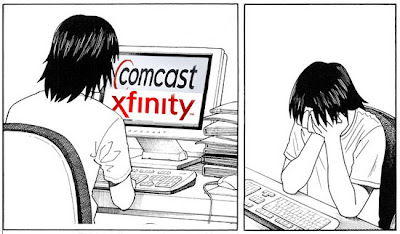 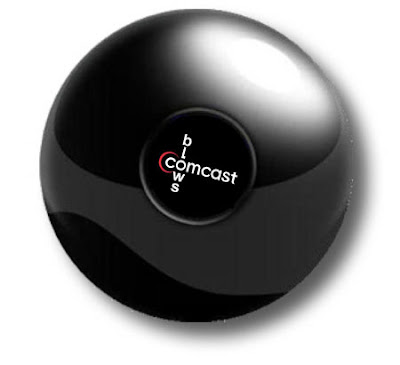 Fuck YOU comcast, Fuck YOU!!!

So for the past week at my condo my internet has been slow as dick in molasses in the winter time (yeah I know that makes no sense). When I go to call comcast to complain, they instantly spit some prerecorded bullshit about there being an outage in my area? Wait a second, I just called from my cell phone that has a different area code than where my house is, how can they instantly make a deterministic confirmation of which "area" I live in (do all of comcast's "area's" have outages?). What a cop out, its like starting off a conversation with "I'm so sorry". So I had the bastards restart my modem and sure enough its still 56k modem-ish. How the fuck am I supposed to stream porn with a connection that takes 20 seconds to check my email. Fucking blasphemy.

Comcast fuck you, and fuck all the politicians who have assisted you in being such an ass raping monopoly. I know I have pretty much no other options for internet because you and the government are fuck buddies, I feel like a woman in a 1920's marriage who gets beaten and mistreated and shat on, but can't get a divorce cause she can't find work as a woman! Fuck this shit.