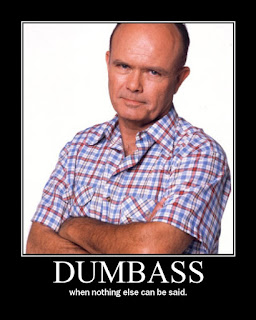 I am guessing this tale is par for the course.  We recently renovated our basement, including the television and entertainment center.  I went to our local Comcast service center to exchange our cable box for a DVR box.  The wait was two hours, which I did not have.  Instead I had the DVR shipped.

The DVR box was installed but never worked properly.  A lemon.  My contractor said at least one in three that he sees is.  We spent time trying to figure out whether it could be fixed and ultimately had Comcast send another box.

The second box was installed but Comcast said they were having a problem in my area and could not send an activation signal.  My contractor called them back later in the day and still they were unable to send the signal.  I called the following day and told the automated prompt I did not want to do a survey.  A woman in the Philipines took me through the usual protocol then concluded she needed to send me to the "Activation Department."  I was forwarded to an automated system then placed on hold for a representative.  While on hold, a disembodied voice announced it could not process my call and I would have to call back.  I had been on the phone for over 20 minutes before getting disconnected.

I called back.  This time I elected to do the survey.  I was put through to Chris in Voohees, New Jersey who had a much better understanding of the problem we were experiencing.  He said the box had never been entered into the system and therefore could not be activated.  He would contact the appropriate department and get back to me.  He called me back and said the department had done what it needed to do.  But we still did not have a signal.  He would look into it further and get back to me.

That evening I retried his voicemail that he had figured out the issue, it should be resolved, and call him back (he gave me an extension number) if it was not.

Still no cable.  I called Comcast but could not find any prompt which would enable me to input Chris's extension.  Instead, it sent me back to the Philippines (again, I had pressed "2" because I did not want to participate in their survey).  Another 20 minute phone call that led nowhere.  The same insulting protocol I had already heard numerous times and obviously had tried.  And no one could locate Chris.  I hung up and called back, this time pressing "1" to participate in the survey.  This time I was transferred to a call center in Newark, Delaware and the gentleman was able to locate Chris and send him an email.

Chris called me back within the hour.  This time I would need a service call.  We set it up for the following day between 11 am and 1 pm.  My daughter was home to let the technician in the house.  I pulled in as he was about to leave.  He said the problem was another bad box.  He had installed a third one and was able to receive the signal.  I should not have trusted his words, I should have made him show me the entire system was in fact working.

That evening I turned on the television and the familiar "no signal" appeared.  The problem was in fact NOT fixed by the service visit.  I call Comcast immediately and ask for a supervisor.  This gentleman was the most belligerent of any of the numerous Comcast employees to whom I spoke.  He could not explain the issue, was unapologetic for wasting my time and set up another service call for Monday between 1 and 3 pm.

I tempted fate and placed another call, hoping to be directed to a local call center.  Instead, I was back in the Philippines.  I asked Robin if she would confirm my Monday appointment and try sending a signal to the box.  Not only did my appointment not exist, the Monday 1-3 time was no longer available.  I set up an appointment for Tuesday between 7-8 am.

On Monday I received an automated message asking me to call "Advanced" Technical Support at a number I had never seen.  This time I was routed to India.  After 10 minutes, the call was disconnected (not by me).  I called back and a gentleman took me through another routine protocol that took over 20 minutes and did nothing to resolve the problem.  I still need a service call.

Tomorrow Comcast will come between 7 am and 8 am.  If this technician cannot get a signal to my television, I will have him take the box and leave.  We will adjust to not having cable television in our basement.  My installer spent about four hours trying to get this problem resolved (at $125 an hour) and I've spent about three hours just this week trying.  Comcast is not worth it.  Their monopoly and shabby customer service ought to be better regulated.  I hope anyone who has alternatives takes them.